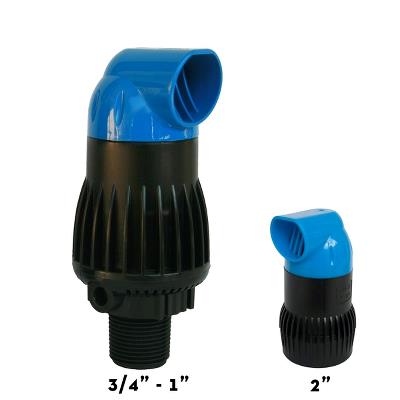 This valve has been designed for efficient discharge and intake of air in water transport systems, filtering systems, containers, and other locations where confined air could impair the system’s operation.

The valve is designed for:

The DAV-LP-K valve has two modes of operation:

1. Vacuum-prevention, by admitting air into the pipeline. The pressure difference forces the float to drop to the “opened” position, allowing large volumes of air to enter the pipe.

2. Discharging large quantities of air at high flow velocities when the pipeline is being filled. When water reaches the valve, the float rises and seals the outlet.