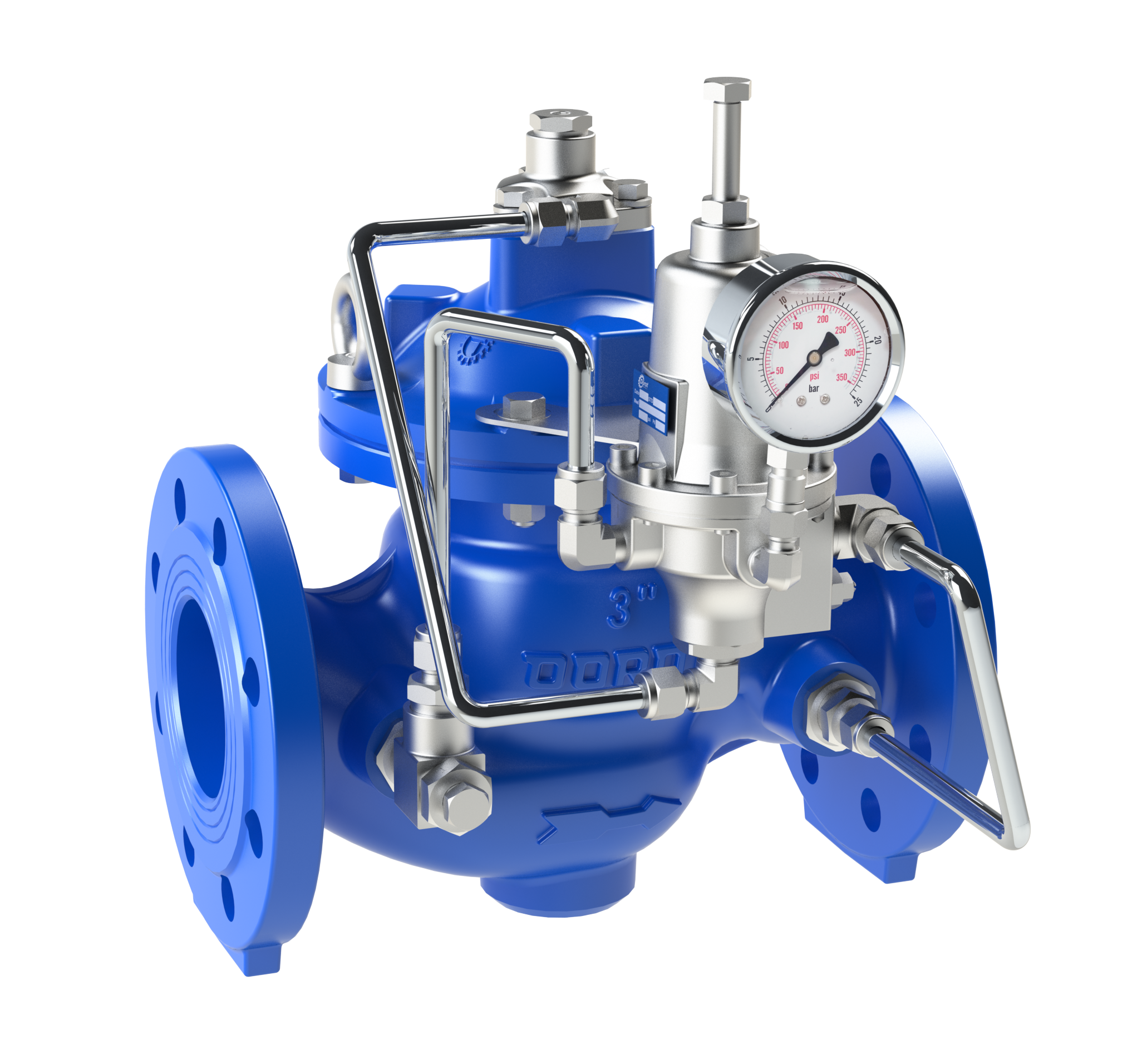 The term “water hammer” indicates the hydraulic phenomenon which occurs in a pipeline when a moving fluid, which is considered as incompressible, is forced to stop suddenly due to the quick closure of a valve. This determines an overpressure caused by fluid inertia, which presses against the valve. The main parameters affecting this phenomenon are the fluid speed and the geometric features of the pipes, such as their diameter and length. However, the essential parameter to take into account is the closure time of the valve.
The considered plant, which is a high expansion foam deluge system, needs to fill very big spaces in few minutes. In order to do that, it is necessary to introduce quickly large amounts of water, duly mixed with the high-pressure foaming agent (pressure needed for the optimum operation of the foam producing devices and to reach the correct coverage), thus generating considerable stresses on the pipes, which can break if not conveniently sized. If they are not correctly fastened, they generate movements which can determine the breaking of the pipes.
In the considered plant, the time needed for the valves to close completely, according to the manufacturer's estimations, amounts to 15 seconds. During this time, the pumping group has to close the delivery line in order to avoid introducing water in a closed system.

In order to solve this kind of issues, a section with two valves has been installed on the manifold of the foam mixing station: the first one is an automated safety valve, controlled by a diaphragm, with a resilient disk membrane activated by a diaphragm. When the pressure on the valve exceeds a pre-set value, the valve opens, modulating the flow rate automatically in order to generate a pressure drop, which is necessary to keep the required inlet pressure constant and, therefore, to reduce the pressure level in the plant. If the pressure level on site reaches a lower value than the pre-set one, the valve closes in a sealed state.
A second combined pneumatic valve (usually defined “release valve”) is arranged in parallel. It allows the air to enter the plant when internal pressure is lower than the atmospheric one, and it allows the air to be released from the pressurized pipe filled with water, thus reducing overpressure or vacuum conditions which may damage the pipelines.

A very important factor to be taken into account when considering this plant is the dynamic stress created even during the activation phase when, at valve opening, the pressurized flow enters the empty pipes at high speed. Powerful stresses are created when the flow direction changes, similar to seismic stresses.